In a small warehouse in a northern suburb of Brisbane, a family-run embroidery business is churning through hundreds of orders, daily, for wholesalers, local sporting clubs, and schools. The heat is on as staff and machines are working overtime to meet pre-Christmas orders with jerseys, uniforms, volunteer shirts being shuffled through what look like ancient and yet sophisticated embroidery machines and packed into boxes by the dozen. Passer-bys would not be wrong to assume this business is thriving.

However, upstairs tells a different story. The director has just received a chilling call from the company’s solicitor about its tax debt. The Australian Taxation Office (ATO) has refused a last-ditch payment arrangement and is continuing with its application to wind up the company. That’s a bit of an issue. A $250,000 issue, in fact. We are called in immediately to assess the position.

After exhausting what were now very limited options, the director makes the necessary call to appoint us as voluntary administrators. The situation appeared bleak with the company hanging by a thread, but we were optimistic—for several reasons. 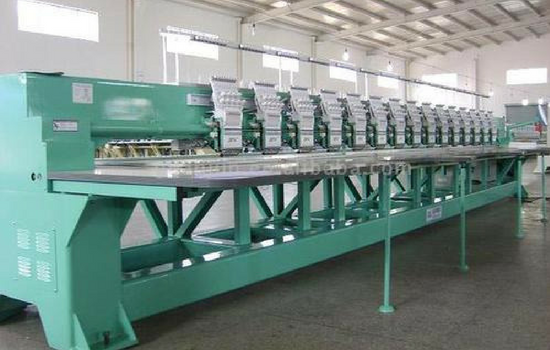 The voluntary administration process allows a company to restructure a distressed business and salvage value for stakeholders. This business was certainly financially distressed, but was there value to salvage? Our immediate review of the business’s past performance showed a tattered history: averaging a monthly profit (before tax) of a mere $2,800 in 2016. However, the profitability had improved in 2017, with the average monthly profit of $6,300 in the first part of 2017, and an astounding increase to $12,500 per month in the 6 months prior to our appointment. What led to the change? Well, the company had ‘sown up’ some major contracts with local and national businesses, significantly increasing its turnover. The director also trimmed overheads to make some costs efficiencies. The business itself was now healthy.

We also remained positive because employees, suppliers, customers, and the landlord supported its continued trade during the voluntary administration. Having trust and investment from key stakeholders goes a long way to give a business the best chance to survive. In this case, it was largely thanks to the rapport the director and staff had developed with external stakeholders over the years.

Armed with this business case, we successfully negotiated with the ATO to adjourn its wind-up hearing to consider the director’s Deed of Company Arrangement (DOCA) proposal, being payment from profits over time.

In just over a month:

The director must now ensure that the company does not start to fray by continuing to weave out inefficiencies in the business and continues to grow its profits.

The director’s lifeline was the voluntary administration regime and an advisor that had the nous to call Worrells. This administration proves that there is still a chance for businesses to survive, even when the situation looks dire to directors and their advisors. Critically two decisions underpin a better outcome: who you go to for advice, and who you don’t. Sadly, in current environment, dodgy advisors give unlawful advice on insolvency matters and fleece unwitting directors of their company’s assets. Advisors must remain vigilant to obtain advice from the right people, being registered liquidators and bankruptcy trustees.

As always, early intervention is key, so we encourage dialogue with a qualified advisor, like our principals at Worrells, as soon as issues are identified.