Frequently, directors and creditors ask us for access to or copies of various company books and records. And, just as frequently, we’re met with complaints and demands when it’s denied or limited access is given. So, here’s a summary of their rights to access books and records of a company in liquidation.

For directors, Section 198F and Section 290 of the Corporations Act 2001 says a director may inspect company books and financial records at all reasonable times. However, they may only access the books of the company (other than its financial records) for the purposes of a legal proceeding that they may be involved in. This right continues for seven years after they cease to be a director of the company.

For creditors and shareholders, Section 486 of the Corporations Act states:

Shareholders also retain their ordinary rights to access a company’s share register, minutes, constitution and financial statements, if they are available.

So, what’s the reason for all of this and why the distinction? 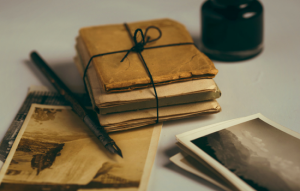 Prior to any insolvency administration, directors obviously have full access to all company records and confidential information. But, once a liquidator is appointed all company books and records must be delivered to the liquidator. Directors are often personally exposed to claims and liabilities from their tenure such as for personal guarantees or alleged negligence / improper conduct. It is extremely difficult and unfair for the director to be unable to defend themselves in any such proceedings because they couldn’t access those records. The right of a director to access records irrespective of the company’s liquidation avoids any prejudicial effect on them personally. Additionally, it is unlikely that any sensitive or confidential information will be compromised given they had previously had access and been in control of those records.

However, creditors and shareholders previously did not have access to company books and records, which contains confidential and sensitive information including those of the director, employees or other third parties that the company dealt with. As well-intentioned as requests may be, privacy and confidentiality is of paramount importance especially in today’s technological age where such information is so highly valued and exposed to such greater risks.

Mostly, creditors’ requests to access books and records appears to centre on distrusting the insolvency practitioner and their investigations, general curiosity, or attempts to gain financial insight into third parties. On several occasions, we have received requests to access company records where the purpose appears to have been to obtain information that gives the creditor a commercial advantage over its competitors or even to frustrate the liquidator’s claims against the creditor or associated entities.

Therefore, restricting access to company books and records without a Court order avoids these ulterior or frivolous motives coming into fruition and protects confidential and personal information.

As many are aware, under the new Insolvency Law Reform Act amendments, creditors now have a lot more power to request reasonable information and documents in respect to external administrations (Insolvency Practice Rules: 70-1, 70-10, 70-15). Given its recent introduction, it is yet to be tested or fully applied in practical situations. We suspect that there will be conflicting opinions and decisions about the type and scope of information and records that creditors can access until clear direction or authority sets a precedent. Especially given the strict wording of Section 486 which does not provide any discretion to the liquidator. But where information is clearly confidential and sensitive or the motives are clearly improper: undoubtedly such requests will be denied as being unreasonable.